Made in Hong Kong 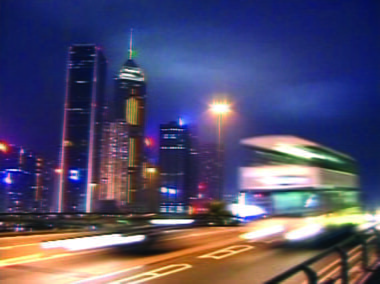 But rather than attempting to paint the portrait of a «city in panic», it takes an in-depth look based on interviews with a broad spectrum of inhabitants.

These include Peter – a British civil servant in the former colony, Nicole – a South African journalist, Eric Lye – a Chinese architect, Guo – a Chinese musician, Afzal – a Pakistani actor and Mohan – an Indian businessman. Their stories reveal the different stages of migration to this Asian metropolis, and are blended with images that capture Hong Kong’s many contrasting architectural faces.

There are poetic moments, when the camera lingers in the labyrinthine passages of the legendary Chungking Mansions. Other essayistic images explore the multi-layered daily life and give the viewer the feeling of what it must be like to live in such a vast city, seen through the eyes of illegal immigrants, typical HK TV ads and other imag

The restrictions of physical space, the architectural chaos, its celebrated booming economy, its untarnished attraction to immigrants, and the political and social uncertainties that stretch beyond 1997, all these are revealed in this very personal interpretation of Hong Kong today.

Unpublished scenes from Made in Hong Kong · 1997