research-at-doc: Luc Schaedler of go between films sees himself at the interface of art, film and Visual Anthropology. Since 1996 he has been involved in  various projects that conduct artistic, cinematic and scientific research using exclusively visual means.

This visual research into Tibetan history and the biography of the radical monk Gendun Choephel had been designed as a bastard between art and science from the very beginning. The documentary film (90 mins.) is accompanied by a written thesis (2) critically discussing and contextualizing the research materials. It was the first film to be accepted as the main part of a Ph.D at the University of Zurich.

A visual research project in the fields of urban anthropology, migration and oral history. The documentary film (75 mins.) is accompanied by a written text, that critically discusses the making of the film and the working process in the form of a handbook for students (3). It was the first film to be accepted as the main part of a MA at the University of Zurich.

The twelve hours of footage were shot in March 2009 as part of a large research project on Naga culture in India’s Northeastern border regions. Other products of the same research were the exhibtion “Naga: Ornaments and Ashes”, as well as the publication “Naga Identities: Changing Local Cultures in the Northeast of India”. It contains a collection of articles by various authors spanning an enlightening ark from the warring past, to an equally problematic present, to a very uncertain future.

→ to the project «Naga Identities»

Historical footage is mostly analog, the cinema of tomorrow digital: with color corrections, adaptions of the sound tracks as well as the reconstruction of the original order of the sequences Michael Oppitz’ ethnographic classic from 1978 was brought into the digital age. With Thomas Bochet. 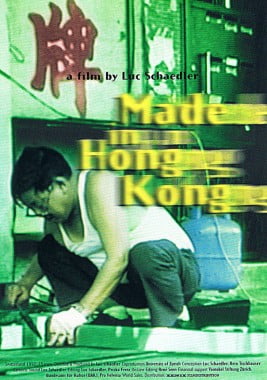